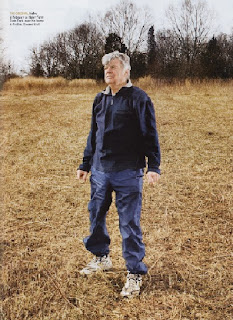 One of the photos in this inspirational article is of John J. Kelley wearing the New Balance 767 while at Haley Farm State Park near his home in Groton, Connecticut.
"John J. Kelley has won eight national marathon championships, competed twice in the Olympics, and set a record on Mount Washington"--May 2007, "Runner's World" magazine.
Check out this memorable article by Runner's World Executive Editor and 1968 Boston Marathon Winner, Amby Burfoot.
Please note: The photo above can only be viewed in the May 2007 issue of "Runner's World" magazine, it cannot be viewed in the online version of this article referenced in the above link.
Posted by Shop New Balance at 5:19 PM
Email ThisBlogThis!Share to TwitterShare to FacebookShare to Pinterest